How to keep new year resolutions 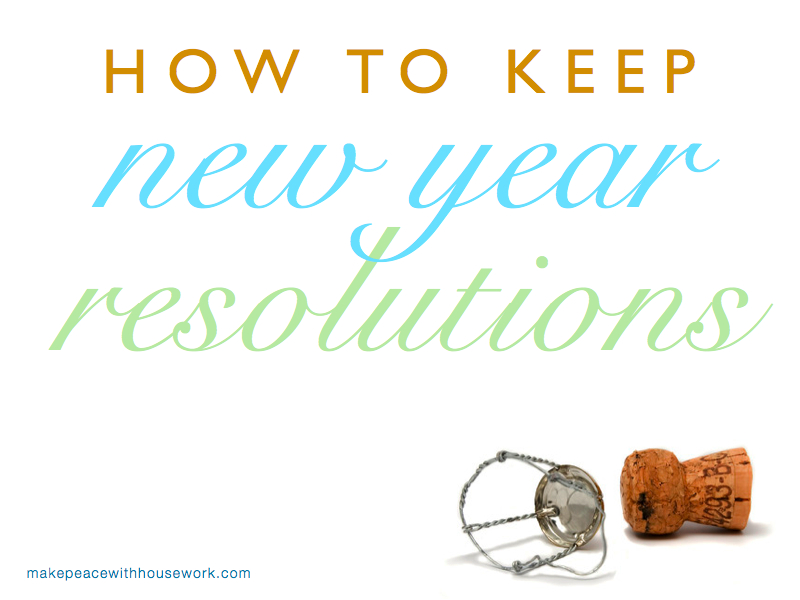 Did you make any, this year? If so, are they still going strong? Or just a dim and slightly guilty memory?

Given that the majority of New Year Resolutions fail to make it past New Year’s Eve, it begs the question – why bother? Aren’t they just a waste of time, doomed to failure as all that Fresh Start energy disappears with the empty Champagne bottles?

Is there really any point making those optimistic plans and hopes?

Well, here’s my take on it…

The positivity and optimism that surrounds the dawn of a new year can certainly be a force for good. After the end-of-year reflection of the holiday season, it can be refreshing to turn our attention to the future and begin focussing on what we’d like to be, do or have.

This is actually a helpful and inspiring practice at any time of year. After all, we’re far more likely to achieve our hopes and dreams if we actually give some thought to what they are. Simply defining what we want, is a giant leap towards achieving it.

In this sense, merely devising our New Year Resolutions can be greatly beneficial. It gets us thinking about what we want from life and how we plan to achieve it. Deciding what’s necessary – and how much we’re prepared to commit – are essential primary steps in making significant life improvements.

So, if the prospect of a brand new year brings about this kind of positive focus, that can only be a good thing.

However, the downsides of New Year Resolutions are the inevitable guilt-inducing lapses. Undoubtedly, it can be disheartening to try and fail. And if your abandoned resolutions leave a bitter after-taste of self-loathing and failure – it’s tempting to believe it would have been better to not even try.

So, is there a solution to the resolution quandary?

I believe there is – and here it is:

How to keep new year resolutions

Don’t limit your inspired resolve to just one day of the year.

Make your resolutions a regular feature of your entire year. Have monthly, weekly or daily resolutions. Removing the pressure of the whole-year benchmark makes it much easier to deal calmly with any lapses. So, if you fail, you simply aim to renew your efforts next month or next week. Or tomorrow. Or right now!

You haven’t failed until you’ve given up. So, is you refuse to admit defeat – failure is impossible! And with this powerful mindset, success is much more likely (and also, strangely easier…)

Having a flexible, rolling programme of resolutions also has another built-in benefit. You can adapt and adjust. For example, if, on New Years Eve, you (optimistically) vowed to only drink on weekends, yet by mid-January you’ve decided that’s a bit over-ambitious – you can set a more realistic intention. You’re still taking advantage of your good intentions to reach your health/wealth/happiness goals and you’re less tempted to give up and sink a bottle of wine.

Though there is undoubtedly a place for big goals and dreams, I believe they should be used with caution, ie only if they inspire and motivate you. If you set unreachable aims then berate yourself for falling short, the end-result could be counter-productive. Far better to take baby-steps that get you into the habit of succeeding – and then build up to the bigger stuff. (And if you don’t believe me, check out this book. This guy knows about success.)

So why not just tap into whatever is helpful from the whole resolution-business? Hold onto the positive elements but ditch the unhelpful ‘lapse=total failure’ attitude. Set your intentions, by all means, but then tweak them to fit.

In this way you’re far more likely to be closer to your goals next New Year’s Eve, than if you give up completely. Plus, you’ll have a much more enjoyable – and successful – year ahead!

Good luck and I’d love to hear how you get on!

As always, I’d love to hear what you think!